After 20 years of turning out music with punk outfit No Use For A Name, Tony Sly is set to release his first solo full length. It is titled 12 Song Program and is due out February 16th. Folks can expect guest appearances from Karina Denike of Dance Hall Crashers, Darius from Swingin’ Utters and Joey Cape of Bad Astronaut/Lagwagon fame. Additionally, Tony Sly has announced tour plans for 2010 which include a west coast run with Chris Shiflett from the Foo Fighters and a European tour with Joey Cape. Click here to view the dates! To delve a little deeper into what motivated Tony Sly to release a solo record, read below:
I decided to do a solo record because I had some song ideas that wouldnât work for No Use. Iâve been wanting to do this for several years but I just never had the time. I also wanted to get some of my more folky influences on a record. I think youâll hear that this is not an acoustic NUFAN record. I think some songs just canât be made into punk songs like some punk songs canât be made into acoustic songs. I also like the idea of having the freedom of playing shows on the fly, being able to show up at a bar with just a guitar and have enough material to play for an hour or so. Iâm getting some good feedback and good tours lined-up for 2010. Should be interesting. 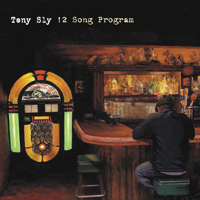