We are pleased to announce NOFX are set to release Cokie the Clown on November 24th! This EP/7âx2 will be available on cd/vinyl and through ITUNES. Okay, wrap your brains around this release. Its five brand new songs by NOFX released on one CD and split up on two different 7âs. The CD EP is titled Cokie the Clown.Â TheÂ first 7â is also titled Cokie the Clown_, goÂ here for details! Â You may remember Fat Mike and his daughter performing “Straight Outta Massachusetts” for Pancake Mountain which you can watch here! The second 7â is titled My Orphan Year, click blank">here for details.Â EachÂ will have different covers and both will have different colored vinyl. Phew! Did you get all that? If not, read what Fat Mike has to say:

All right, Australia is a pretty cool place. I like it a whole bunch. Itâs actually my favorite country/continent/island in the world, but Fuck them and their stupid time zone! Seriously, what the fuck? It takes us 18 hours to fly home (2 of which were in Hawaii cuz the toilets on the plane broke) and when we get back to Caliâ¦â¦.and itâs the same fucking day!

Fuck, like the shite(sp) plane ride wasnât bad enough, now I gotta stay awake for another 10 hours. No can do. I fall asleep at 10:00 pm. Sounds reasonable? Until I wake up at 12:30 am. Yeah, cuz thatâs 5:30 pm Aussie time. This isnât really enough to bitch about, but fuck, I canât fall asleep till 8:00 am and thatâs with Ambien and whatever-pam. I woke up at 3 in the afternoon yesterday, only cuz I had to get my daughter from school.

So now itâs 6:15 am and Iâm writing this many word thing to tell everyone about our new EP, but my brain is dumb now and I donât write in a making sense manner so much. This is what I got:

Hey, BTWV (Vanessa), not 5 new song EP. 5 songs that were recorded during Coaster but didnât make the record cuz they were too good! Thatâs right, they are so good that the stupid president of our record label made us leave them off the record cuz we could, âMake more money with an EP â says him/he. NOFX think makes not sense, but heâs the guy with the fountain so we do what he says. Dudes crazy anyway. Talks about himself in the third person nonstop. 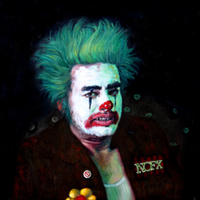 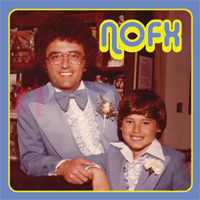