Fat Wreck Chords is thrilled to announce another collaboration with Rise Against! On April 16th, happily known as Record Store Day; we’ll release a limited edition three song picture disc titled Join the Ranks. The onetime pressing will be limited to 1000 copies, and features three songs never before available on Rise Against vinyl. Check your favorite indie record store to get your hands on a copy! Rise Against had this to say about the release below:

Fat Wreck put us on the map, and “Join The Ranks” was the very first song we ever officially released on a proper label. “Gethsemane” was recorded in an old oil factory in Chicago, the same factory where we would go on to film our first video. Along with “Generation Lost”, this seven inch is long overdue and we’re happy to team up with our old friends at Fat to do it. 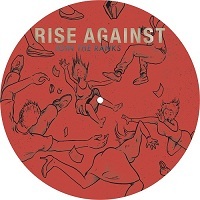